So where did it all begin? 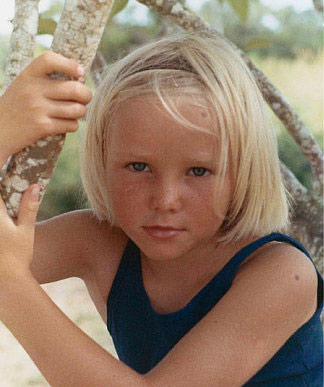 According to my parents, it all began in 1963 when I was ten months old. Heading to America, where my father was due to work in the Johns Hopkins Hospital, we set sail from Greenock on the Empress of England and it was on this voyage, they say, that I shunned baby food for olives, anchovies and savoury canapes which were slipped to me by friendly ship stewards. My little hand reached out every time a tray passed by me and my taste buds were tickled forever more.

After America, we moved to East Africa, where my palate was further widened by the gamey flavours of roasted and smoked guinea fowl, impala, kongoni, waterbuck and 110lbs of Nile perch, which my mother caught in the crocodile-infested waters of Lake Turkana.

The Nile perch narrowly missed the Guinness Book of Records but we ate it for days – for breakfast, lunch and supper! My memories of childhood are peppered with happy images of my brother and I tucking into big, juicy mangoes and pawpaws for breakfast, drinking gallons of homemade passionfruit juice, climbing trees for fresh loquats, and using chunks of skinned snake to bait the talapia in the rivers. 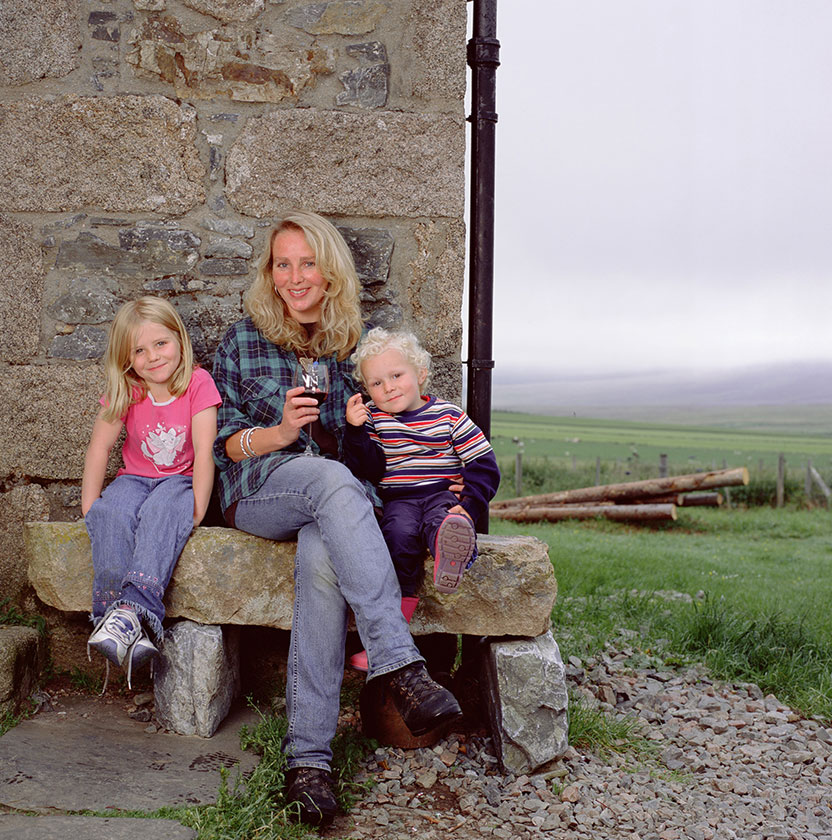 Ghillie with her children in Scotland

In the kitchen I picked ants out of the sugar and took baking lessons with a plump lady called Bunty.  And when the wide African skies burst with heavy rain, we rushed outside with butterfly nets to catch the white-winged termites that took to the air en masse. Once we had a full bucket, I helped our cook pluck off the wings before he fried them in butter and garlic – an African delicacy reminiscent of fried prawns.

The experience of living in the wide, open spaces of East Africa has been at the core of everything I have done since. It is why I studied Social Anthropology at university; it is why a remote glen in the Scottish hills is my sanctuary; and it is at the root of my travels and passion for learning about different cultures and food – not the food on my plate, but the story behind it.

The combination of food and anthropology has taken me on many memorable journeys through some of the most ancient culinary cultures of the world where I have had the chance to enjoy dishes that few have ever even heard of.

Ironically, I have settled in an old cottage in the Scottish Highlands where the traditional dish is a bowl of thick porridge. Battered by blizzards and snowbound in winter, I have single-handedly raised my children here, putting on our cross-country skis to ski to school while the sun is rising and to ski back home in the clear moonlight, or with head torches to guide our way in the mist.

When it comes to food, I have to bring up the supplies in a backpack or on a sleigh and, in my warm kitchen with views to the hills, I run what must be the most remote cookery workshops in the UK.

As this is my first blog, I would like to share two recipes from my childhood in Kenya.  I prepared both for The Inner Child series on Radio Scotland and the pawpaw recipe also featured in my Commonwealth Series for Radio Scotland’s Kitchen Café.

This dish is interesting because it crops up in the safari lodges of Kenya and Tanzania – particularly those located in the Masai Mara – but it is originally an Arab dish and would have come to the shores of East Africa with the early Arab traders. The Middle Eastern version of this dish is called Muhammara in Arabic. It is delicious served with warm crusty bread or crudité to dip in it, but it is also served in the lodges as a sauce for grilled or roasted chicken and guinea fowl.

Put the bread into a bowl, pour over the lemon juice, and leave to soak.

Skin the peppers, deseed them and roughly chop the flesh. Put the flesh into a blender with the roasting oil, garlic, and pecan nuts and whiz to a thick paste. Add the soaked bread, cumin, honey, dried chillies, and mint and whiz with a little extra oil until smooth and thick.

Season to taste and beat in most of the fresh coriander. Tip the mixture into a bowl, garnish with the rest, of the coriander, and serve with chunks of crusty bread, strips of toasted pitta bread, or with thin batons of raw carrot and celery.

Pawpaw and lentils with coconut milk and lime

Our cook used to prepare this dish when the local pawpaws (papayas) were slightly unripe and firm. We often had ripe, juicy pawpaw for breakfast but I always found it fascinating when the Africans would use fruit like a vegetable in savoury dishes – small, firm bananas are often cooked this way too. Quick and easy, this recipe is a favourite in our family.

Heat the ghee in a heavy-based pan and stir in the onion, ginger, garlic, coriander and cumin seeds for 2-3 minutes. Add the jaggery and stir until the onions begin to colour.

Stir in the harissa paste, then toss in the pawpaw chunks, coating them in the spices. Add the lentils for 1-2 minutes, stir in the coconut milk, and cook gently for 10 minutes.