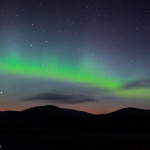 Northern Lights from our deck

First, I must thank all of you who have subscribed to my blog – I am flattered there are so many of you – and I apologize for taking so long to update this section of my website. Aside from the trips described in this blog and the hours I work into the night, a huge chunk of my time is spent with my elderly mother who has dementia and, although this means I have to put many projects on hold and I have to turn down the ones that will take me away for long periods of time, I know my mother lives for my visits and would deteriorate fast if I didn’t spend the time with her. I’m sure many of you will understand what I mean.

This year, though, began with the awesome sight of the Northern lights – as if on cue they appeared just before midnight illuminating the sky as we toasted the New Year with champagne and good friends – some old, some new, and some, like my Finnish friend, Outi, happy with the bortsch and smoked salmon but missing a good sauna – a perfect beginning to what I hope will be a year of researching and creating projects to keep me out of mischief for the years ahead when I hope to continue with a series of journeys of inspiration – for myself and for others. 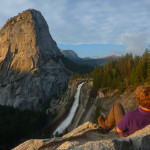 The first of these journeys was for my son, Zeki, who at 15 years old won a national award for Excellence in Mountain Culture and used the privilege to seek sponsorship to make a film – www.vimeo.com/146027153 in Yosemite National Park with a view to inspiring other young people to explore and conserve wild places by showing them the landscape that captivated John Muir in 1900s and drove him to fight for the conservation of our wilderness and the creation of the national parks. As I had to accompany him for part of the journey in California – fortunately not on the 72 mile trek in the peaks of the High Sierras as I found myself slightly breathless and dizzy at 9,000ft – I tied in some publicity for my book, Flavours of the Middle East, in San Fransisco, the highlight of which was a very enjoyable radio chat with the young and charming Joel Riddell on the popular show, Dining Around.

The second of these journeys of inspiration was with Zeki again. It started with the launch of my new book, Mezze, in Cape Town – an event steered by the effervescently charming, Karen Dudley – www.karendudley.co.za – best known in the Cape for her little lunch spot, the Kitchen, a den of delicious salads and voluptuous ‘Love Sandwiches’ which she prepares specially to suit the mood and character of each individual. So powerful is the lure of these sandwiches filled with love, the Obamas made a beeline for them on their presidential tour to South Africa.

While publicizing my book in the Cape, we squeezed in a quick detour to see my daughter, Yazzie, who was surfing up the coast and to see my dear friend, Monica von Habsburg, in Mozambique. Amidst the dry, dusty chaos of Tete, her lovely villa www.villahabsburg.com  is like an oasis on the banks of the River Zambezi where the hippos wander into her garden at night. David Livingstone would have passed right by the location of her property on his way up the river but I’m sure he wasn’t presented with a crystal bowl of chilled pureed mangoes, freshly picked that morning. From there my son and I went to Namibia to spend some time with a small group of Bushmen in the Kalahari, almost at the border with Botswana, and to stay in a very special bush camp on the Skeleton Coast. 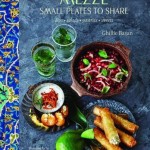 As my own roots began amongst the different tribes of East Africa and the anthropological nature of my work has taken me into remote villages in different parts of the world, it seems natural that my son should develop a passion for the traditional bushcraft and wilderness skills of indigenous peoples and feel right at home with the Jul’haansi tribe. He took with him gifts of flint and steel, chagga (a fungus that grows on birch trees used for carrying fire from one camp to another), bush knives and sharpening stones and he demonstrated some of our ancestral skills to the tribal hunter and elders. They were delighted with their gifts and broke off bits of chagga to stuff into their pipes along with dried porcupine droppings– if something is worth smoking, it is worth a lot! The children, some as young as 4 or 5 years old, watched with fascination and expertly cut up sisal and fruit with the sharp knives. The importance of learning and preserving traditional skills should never be underestimated in our technological age and Zeki was there to learn but he was also there to make the acquaintance with the tribe so that he can return frequently to help preserve their traditions. Together, we learnt a lot about the edible and medicinal herbs and fruit, how to make the poison for the arrows, and Zeki dug up a root to make his own bow and quiver. According to the Bushmen, he was ready to select a bride!

From the window of our bush plane, the remote camp at the Skeleton Coast was well camouflaged with sand-coloured tents set between rocky outcrops. It was a very special place on every level – the hospitality, the food, the sighting of the desert-adapted elephants and lions, in particular the 5 muscateers (5 young male lions) and their researcher, the remarkable conservationist Dr Flip Stander – and we ended our stay with a journey by Land Cruiser over the singing dunes to the seal colonies at the coast where there is a small museum with the dates of all the shipwrecks recorded in the 50s, 60s and 70s, until a lighthouse was erected in 1978. The only year there wasn’t a shipwreck in the 60s was in 1967 – the very year that I sailed with my family down the Skeleton Coast, round Cape Point, and up the other side to Mombasa to start our life in Kenya – what luck we must have had!

To complete the extraordinary experience of this deserted and eerily stunning coastline, our guide laid out a table and safari chairs right on the beach where we could watch the seals bombing in and out of the waves while we enjoyed a bottle of wine with meat balls, grilled chicken, and a refreshing pasta salad flavoured with curry spices and coriander. We returned to camp by bush plane, which flew quite low over the sea as it took off, affording us a bird’s eye view of sharks swimming alarmingly close to the shore – not a comforting sight for a mother whose daughter was surfing further round the coastline in South Africa. The female pilot only made it worse by declaring that nothing would induce her to surf in these waters as she often spotted sharks, including great whites, right behind the surfers! I was glad to get Yazzie home.

As I have said in my introduction to this blog page, food is memories, so I’m going to end here with the pasta salad we had at the Skeleton Coast.

I wouldn’t rave about the food in Namibia – a lot of German influence and heavily reliant on big chunks of meat – but the cook at the remote tented camp on the Skeleton Coast produced the best meals we had on our trip. With a smile as big as Africa, she managed to whip up amazingly fresh and tasty dishes using vegetables, herbs and spices which had to come in to camp by bush plane and was a refreshing change in a world of heavy meat. This pasta salad has become a favourite in our house and it keeps well in the fridge.

Put the pasta into a large bowl and add the finely chopped peppers, spring onions, tomatoes, and coriander.

In a small bowl, beat together the dressing ingredients and season well. Make sure the dressing is strong and adjust the spice and sweetness according to your taste – my son always adds more my honey to my dressing as that’s how he likes it.

Pour the dressing over the pasta and peppers and toss really well. Tip the salad into a serving bowl and enjoy for lunch or supper with grilled meats, fish, other vegetarian dishes, or simply on its own.