Food Safari: The Circle of Life

I’m sitting in a private hospital in Glasgow while my daughter is in the theatre having surgery.  She has had a long frustrating haul with a ski injury, made all the more frustrating by the delays and lack of communication from the NHS so, in order to get her back on her feet and instructing in the Alps, we have had to take the private route with a well-known specialist who instills confidence and positivity but costs a pretty buck. So I’m sitting here worrying and wondering how on earth I am going to afford it.

Being a single parent, the struggle to pay bills is familiar territory but, because my work has taken a back seat for the last couple of years while I’ve been looking after my elderly mother, my finances have been crippled. In spite of the difficulties I now face, I don’t regret giving up everything to look after my mother as I was able to bring her joy and comfort while she succumbed to dementia – such a cruel disease and so hard to witness as it transforms the person you know and love into a stranger – well, almost. Dementia crept up on my mother slowly, altering the vibrant personality of a very hospitable and social woman to one who was frightened, confused and, at times, aggressive. At first the changes in behaviour were easy to confuse with changes caused by her intake of alcohol, which had been a feature of her adult life, so I had to learn to recognize the changes caused solely by dementia and adjust to them in different ways in order to keep her calm and to protect her dignity.  In between the moments of agitation, frustration and memory loss, there have been many of moments of lucid thought, great laughter, hope and determination. For as long as possible, it was important to let her feel she was in control of her life, her finances, and her decisions, but she did need care and she did need company. In short, I had to be there for her.

When my life became utterly consumed by the needs of my mother, even with the patience and help of live-in carers and loyal visits from friends and neighbors, a fall landed her in hospital, which led to a respite stay in a Residential Home.  When she went in, I knew she wouldn’t come out. She thought she would. It was heart wrenching to see her sadness and desperation when it dawned on her that she was there to stay and I felt so guilty about leaving her. I tried to make her room as homely as possible, found a home for her dog and visited almost every day with flowers, fruit, tasty nibbles and bottles of non-alcoholic wine but she continued to plead with me to take her home – to my home as it is the only place she thinks of as home.  I felt I had given her a life sentence, which in a sense I had.

It has been a couple of months now and she has finally settled in. Her dementia has definitely got worse – sitting in a chair dozing for long hours will do that to you – but she is comfortable and superbly looked after. She still beams a wonderful toothless smile when I appear and she remembers my name but I think she has now forgotten who I am in relation to her. When one of the other residents commented that she had a ‘wonderful, caring daughter’, she gave a huge, appreciative smile, saying in enthusiastic agreement ‘I do indeed have a caring daughter’, but I don’t think she realized that it was her daughter who was right beside her. I should be able to relax a little now and pick up the pieces of my broken life and pitiful finances but, after six years of caring and companionship, it is not easy to let go. It is a little bit like the first day of primary school when your little one doesn’t want to let go of your hand and, although you know you should, you don’t really want to let go either. When you turn to go, you feel empty and lost and, unless you have another little one to attend to, it takes a little time to fill the void. That is how I feel right now.

I do, however, have others to attend to – both of my children have grown up but they still need help with things, love coming home and, like most mums, I am needed in their more stressful moments, hence the hours at the hospital worrying about my daughter’s operation and her chances of being able to continue her ski career.  As a parent, you never stop worrying and you never stop being needed and then your elderly parents need you too – when you are middle-aged you are literally caught in the middle. Of course, it is the natural circle of life – you bring up your children, you look after your parents and hopefully your children will look after you – but what that life circle never tells you is how hard that is going to be and what sacrifices you have to make.

With my mother now in a Home, everyone tells me I need to take some time for myself but the reality is that I have to get my butt into gear and work harder than before. Being self-employed, it is not easy to generate work when it has been sitting for so long on the back seat and I only have four days in a week to do it as I usually visit my mother on the other three. So, for the first time I am keeping my snug little holiday cottage open for winter in the hope that some people will be looking for adventure in the snow; I am running cookery workshops through the winter too with an emphasis on warming spices which will feature in https://originalspicegirl.wordpress.com; I am back on Radio Scotland after a long absence and hope to make regular appearances in the coming year; I am finishing a book that I have been writing for several years but have had to put down too often to take care of my mother; I’m working on a new catering idea which I hope to launch in the spring; and perhaps my biggest of challenge of all is that I have finally entered the world of social media by joining Facebook as I realize I will only get back on my feet by letting people out there know that I exist! 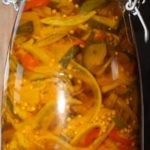 So, all you lovely followers of my blog please do encourage your family and friends to come on a workshop or to stay in my cottage, please become a friend on Facebook (my page will look a bit silly if I don’t have any ‘friends’!) and please follow the new spice blog which I will try to post monthly. I will also continue to share stories of travel, family life and food here on my Food Safari blog so, in keeping with that theme, I’m going to leave you now with one of my mother’s recipes. She loved cooking and entertaining and was a great follower of Elizabeth David, Constance Spry, and Claire Macdonald – dinner party recipes you can rely on, she would always say – but my favourite memories of her food are very specific: the picnic at Suswa Caves in Kenya where, surrounded by baboons, she produced the most succulent rabbit cooked in white wine kept hot in a thermos flask; the small soft and chewy meringues she would make for my children, who would pinch them when she wasn’t looking as they were under strict instruction to wait until pudding; her delicious pecan pie – a family legend – that she adapted from a Maryland cookery book she bought when we lived in Baltimore; and her Bread and Butter Pickles, also an American recipe, which she used to make in huge batches in Kenya and I would devour them like a salad with my supper. My son does the same when I make them at home and he makes them for himself when he is at college so here is a recipe for a batch of our Circle of Life pickles!

Tip the sliced cucumber, onion, and pepper into a large bowl and toss in the salt. Cover the bowl with a clean dishtowel and leave for at least 6 hours, or overnight, to let the salt draw out all the juices.  Drain and rinse well, then pat dry with the clean dishtowel.

Heat the vinegar with the sugar and spices, stirring all the time until the sugar has dissolved, and bring the liquid to the boil. Tip in the sliced cucumber, onion and pepper, bring the liquid back to boiling point, then turn off the heat, cover with a clean dishtowel and leave the vegetables to cool in the pickling liquid. Spoon the pickles into storage jars and keep in a cool place for a week before eating. Once opened, I keep mine in the fridge where they last for months – unless my son is home!